A Madness So Discreet by Mindy McGinnis 384 pages 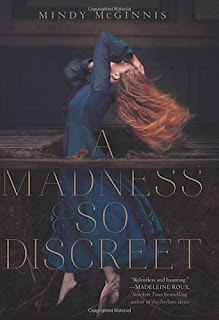 Grace Mae is living in an insane asylum in Boston. When her father learned that he had impregnated her, he placed her in the asylum to hide the pregnancy. After she loses the baby, she is sent to the cellar where she encounters a doctor who is interested in criminal psychology. Dr. Thornhollow recruits Grace as his assistant when he sees that she has a brilliant mind. Grace is smuggled out of the asylum to Ohio to live in another asylum, though this one better than her previous. While there, Grace helps Dr. Thornhollow in observing crime scenes to help hunt down killers. Grace must eventually face her own demons, while trying to keep her own sanity.
Posted by Unknown at 4:17 PM No comments:

The Leveller by Julia Durango 256 pages 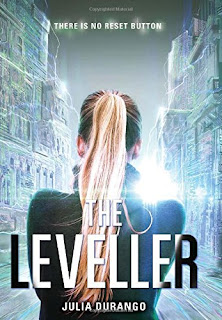 Nixy Bauer is a leveller. When someone stays too long in Meep, a virtual-reality gamer world, Nixy is hired to retrieve them. When Wyn Salvador, the game's billionaire developer's son, leaves what appears to be a suicide note, Nixy is hired to retrieve him. Nixy isn't the first person to go after Wyn, but hopefully she will be the last. To get to Wyn's custom world, Nixy must go through a maze, where she must overcome sharks, scorpions, and a banshee. When Nixy finds Wyn, she learns that he cannot leave Meep. Wyn and Nixy must find a way out while trying to figure out who is keeping them there.
Posted by Unknown at 3:41 PM No comments: 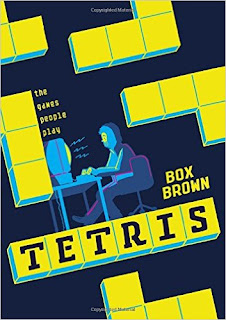 I can confidently say that most people in the world have at least heard of Tetris and many have played it, but how many know the story behind such a timeless and culturally important game. Brown shows the journey of Tetris from being a side project of a computer scientist from Moscow to a worldwide phenomenon. He also dives into how games have shaped society, and how it reveals things about psychology and human behavior. The artwork goes very well with the subject matter, showing the development of the game in such a way that makes it very understandable. This is a wonderful example of a non-fiction graphic novel done right.
Posted by Unknown at 2:39 PM No comments:

The Chemist by Stephenie Meyer, 518 pages

"The Chemist" is an action adventure thriller featuring a super-secret doctor/interrogator who is on the run from the super-secret agency she used to work for.  She heard something she shouldn't and they decided she needed to die.  She ends up connecting with an ex-CIA black ops guy also on the run because he heard something he shouldn't and someone decided he needed to die too.

I enjoy a fun action adventure and this was mostly enjoyable, but I would not rate it in the top ten books I've read this year.  I hope Stephenie Meyer continues to write because she can tell a good tale but I liked her sci-fi book "The Host" better than this one.
Posted by Mary Beth at 12:50 PM No comments: 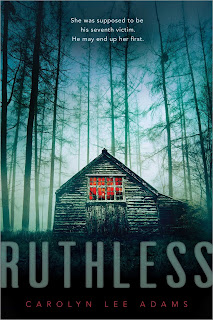 Ruth Carver is in for the fight of her life. When Ruth wakes up in the back of a truck underneath a pile of shavings and manure, she has no idea how she got there. Once Ruth and her kidnapper reach their destination, Ruth learns the reason as to why she was kidnapped. Ruth is to be punished because her kidnapper believes her to be a bad girl. However, Ruth is not like the other 6 victims, she is ruthless. Ruth escapes into the wilderness with a hunter on her trail.
Posted by Unknown at 5:42 PM No comments: 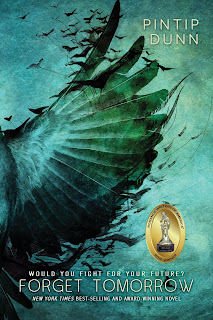 On Cassie's seventeenth birthday, she receives a memory from her future self. She is hoping that she will see herself as a famous manual chef, however what she sees terrifies her. Cassie's memory shows her killing her own sister. To escape her future, Cassie turns herself in to the government. Cassie's childhood friend Logan, breaks Cassie out of Limbo and they escape to Harmony. As Logan and Cassie get closer, Cassie learns that she and Logan can never be together, no matter how bad she wants them to be. Cassie decides that to save her sister, she must learn more about her memory and how it came to be. Will she be able to save her sister and change her future?
Posted by Unknown at 5:28 PM No comments:

This is billed is a Western, which frankly, is not my genre of choice.  Set in a small Montana town in 1960, it may be a Western but it is also a coming of age story.

Rusty lives with his bachelor father, Tom, who owns the locally famous bar, the Medicine Lodge.  Rusty's mom left when Rusty was just a baby, but the two do just fine on their own.

The summer Rusty turns 12 brings changes to their lives.  This is a slow paced tale that totally captivated me from the beginning.
Posted by Mary Beth at 2:42 PM No comments:

A Short Guide to a Happy Life by Anna Quindlen, 50 pages

This is a little gem of a book that reminds readers to enjoy family, nature, ourselves . . .life.  It includes lovely pictures too.

I picked this up at the library's book sale last fall and finally took the time to read it.  Note to self: maybe a clue that I really needed it!  There is a post-it in the front from a previous reader or giver of the book that says "deserves to be read as a weekly reminder of what life should be."  Yep, couldn't have said it better myself.

This is a World War II novel that tells the story of identical twin girls, Pearl and Stasha.  They are sent to Auschwitz, along with their mother and grandfather, in September 1944.

As they come off the train, Dr. Josef Mengele selects the girls for "the Zoo," the area of the camp used for his experiments.

Mischling was the legal term used in Nazi Germany to denote a person who had both "Aryan" and Jewish ancestry, but the term was never explained in the book.

There is not just death and horror in this book, there is some surviving and triumphing also.  I do have to admit though, I am glad I am done with this one.