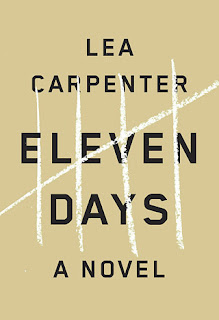 Sara's son, Jason, goes missing from a Special Operations Force mission on the same night as the Bin Laden raid.  The book opens on the ninth day he has been missing.  The book travels in time from Jason's birth to the point of his return to her.  Through letters and emails and memories we learn about his early days and then his decision, after 9/11 to join the Navy and go on into the training that puts him in harm's way.
The story of his training is not tedious, as it might be in the hands of another writer. We get to know Jason as he matures and becomes an respected leader through remembrances of fellow trainees, as they communicate with Sara after he has gone missing.  The details about wars throughout the history of the world, and especially America's wars, are poignantly retold.  In one of my favorite letters to his mother Jason writes about the difference between the soldiers returning after WW II and the Vietnam survivors.  The WW II soldiers came home on boats and could talk about what they had been through, then came home and "didn't say a thing".  Vietnam vets came home on planes.  "A few hours, and they went from a jungle to a Dairy Queen.  They didn't have a chance to talk."

I don't have a son in the military but one of my sons chose a career in law enforcement.  Everyone should read this book, if only to reinforce the necessity to thank the women and men who serve and protect us every hour of every day, locally, nationally and internationally.
Posted by sarah seymour at 12:53 PM 1 comment: Oh, yes!  Best-selling author Lee Child has another winner on his hands!  Jack Reacher has been set up!  He finally makes it back to Virginia to put a face to the sexy, husky voice at the other end of a phone line, belonging to Major Susan Turner.  She is the new Commanding Officer of Reacher's old unit, the 110th MP.  Only Major Susan is in jail, for taking a bribe and the new CO informs Reacher that he has been recalled.  He is back in the army to face not one, but two charges!  A paternity suit and a criminal charge that he beat a witness.  Proving both himself and Susan innocent, breaking out of jail, avoid 4 thugs, and meeting the 14-year-old who may be his daughter make this a fast paced story that will keep the pages turning.  Just keep a coin handy while reading this....heads or tails, yes or no, always a 50-50 chance that Reacher will succeed. You'll see what I mean.
Posted by Unknown at 8:19 AM No comments: Having read lots of Sidney Sheldon's novels, I have to say this is my favorite.  Tracy Whitney has been sentenced to 15 years in a penitentiary for a crime she did not commit..  Upon her release, she immediately begins to seek revenge and fights back to destroy the crime lords who put her in prison.
Of course, in order to have an outstanding thriller, one needs to have a bit of romance thrown in there for a little spice.  Tracy certainly finds that in Jeff Stevens, but he has as colorful past as Tracy does.  With each attempt at a payback, to each of those who falsely imprisoned her, there are some very close calls.  Each one seems to get more risky as she seeks revenge.
I can honestly say this is one of the few books I have read, that I actually could not put down.  I think we'll enjoy this thriller.
Posted by Unknown at 7:49 AM No comments:

Two unrelated tragedies form the story line of this book.  A family arrives at their summer home in Cape Ann from their home in Maryland only to discover that a vehicle has entered the quarry, now a swimming hole, on their property and that the driver has drowned.  In addition, part of the work they have to do as a family this summer is to come to terms with the death of the oldest of the three daughters nine months previously.  The cause of this death is not revealed until about one third of the way through the book, so I won't spoil that.

The family, Josie and Anders, and their surviving daughters, Eve and Eloise, are very careful and cautious with each other in conversation and in what demands are made to keep the family normalcy going.  When it seems the only possible reaction of one of the parents at any given time might be to collapse in misery and give in to sobbing for the loss of Sophie, the eldest daughter, care is taken to return to routine and custom and keep putting one foot in front of the other.  Not just for the sake of the two remaining sisters, but the the sake of all four family members.

A parallel story line occurs as Eve tries to find more meaning to the drowning victim's death and starts an "investigation" based on her suspicion that foul play was involved.

I will say that the idea of swimming in an old water filled quarry is not something I would ever do, so to enjoy a book that touts this as an enjoyable activity says something about how well I liked the writing.
Posted by sarah seymour at 6:03 PM No comments:

The Glass Wives: A Novel by Amy Sue Nathan 304 pages 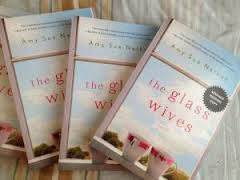 In this book Richard Glass dies in a car accident and leaves behind a widow with a baby and also an ex-wife with two young children.  As in most cases where a man leaves a wife and family for another (younger) woman I sided immediately with the ex-wife.  Then when it is revealed that Richard had numerous dalliances before leaving the wife for the other woman, well, that deal was sealed.

However, the author does a very good job of trying to make Nicole, the second wife, a character worth our understanding, if not our sympathy.  Evie, the ex-wife, is stronger, wittier, and more likeable from the get go.  The solutions they come up with involving their living circumstances and finances are interesting.  Just when you think it will come together or fall apart, a new problem or resolution presents itself.

Evie has two good friends who play a big part in the book as well.  This book would be good for discussion in a book club.
Posted by sarah seymour at 5:37 PM No comments: 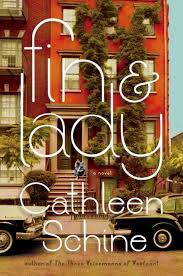 Fin is a young man whose parents die suddenly and who then finds himself in the care of his guardian, his beautiful half-sister, Lady.  She brings him to New York City with her, but he remains the owner of the farm in rural Connecticut where he lived the first eleven years of his life.  They move into a "work in progress" of an apartment in Greenwich with Lady's maid, Mabel.  I found that almost everything Mabel offered up in conversation was wise or hysterical or prophetic, but always spot on.  She was my favorite character.

Lady has 3 suitors who basically move in to the Greenwich Village apartment, each hoping to eventually convince Lady that he is the one she should marry.  A lot of the story takes place on the island of Capri, the descriptions of which make a person want to pack up and move there right now.

The narrator of the book is not revealed until the end of the book, and is quite a revelation.  It is tempting to compare this story with Patrick Dennis' book, Auntie Mame, but the stories are very different and the people are unique to this story.   I really enjoyed this book.
Posted by sarah seymour at 12:23 PM No comments:

Save Yourself by Kelly Braffet 310 pages

Patrick lives with his brother Mike and Mike’s girlfriend Caro in a rundown old house on a dead end street. He works the graveyard shift in a convenience store. His father is in jail for killing a child while driving drunk. He is ostracized by the town because of his father’s actions and the fact that he waited 19 hours before calling the police. Mike blames Patrick for their father’s incarceration.

Layla Elshere and her younger sister Verna live with their parents—their father is a fundamentalist minister who holds services in the basement—and attend high school where Layla has ruined all the teachers for future generations of Elsheres and Verna—the good child—is mercilessly bullied. Layla and her blood drinking boyfriend Justinian draw Verna into their goth like cult.

Save Yourself is really dark in places, deals with hard subject matter and a what’s-the-use feeling pervades throughout much of the book as the characters interact and consistently make questionable choices. Still I couldn’t put it down, I didn’t want it to end, and days later I’m still thinking about it.

Posted by Unknown at 8:00 AM No comments:

Violet White thought her summer was going to be uneventful. She was wrong. Things start to happen after River West pulls up to Citizen Kane, the family’s mansion, asking to rent the guesthouse. However, River is not who he seems. He is a boy who can make people do whatever he wants them to, just by touching them.

Children believe that the Devil is trying to stealing them. A man kills himself in the middle of town. Brother tries to kill brother. Is River getting out of control, or is someone else doing the manipulating?

Follow along as Violet learns the truth about River and of what he is capable.

Posted by Unknown at 5:30 PM No comments: 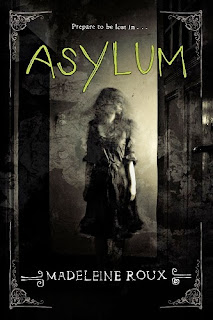 Dan Crawford never knew that when he attended the New Hampshire College Prep program he would fall “in like” with a girl, Abby, or that he would get a new friend, Jordan. He also didn’t know that living in a former psychiatric asylum would introduce him to experiences and lineages too terrifying to consider.

Strange things are happening to Dan. Receiving mysterious letters, sending emails that he never sent, and seeing things that are not really there. Dan and his friends explore the locked basement of the asylum, where they find old records of previous patients, who have been known to be violent. Secrets are discovered that could change the lives of these three students.

Needing a good book for Halloween? Here you go. This book includes photos from real asylums adding a chill factor that makes putting the book down hard to do.

Posted by Unknown at 4:21 PM No comments: