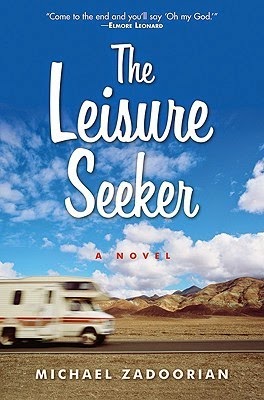 "The Leisure Seeker" is the story of Ella and John, who have been married for nearly 60 years.  Ella has cancer and has stopped treatment and John has Alzheimer's and sometimes knows Ella, and sometimes doesn't.

He is still a pretty darned good driver though when Ella is the navigator.  To the horror of Ella and John's doctors, she decides they need to take one more trip in their Leisure Seeker camper.  They live in the suburbs of Detroit, Michigan and they set out to travel Route 66 in its entirety.

The book is bittersweet, laugh out loud funny and sad.  It is one of the best books I have read in a long time.  Michael Zadoorian did a wonderful job of portraying 80 something year old Ella.  Thank you to Alison for recommending this book to me!
Posted by Mary Beth at 7:55 AM No comments: 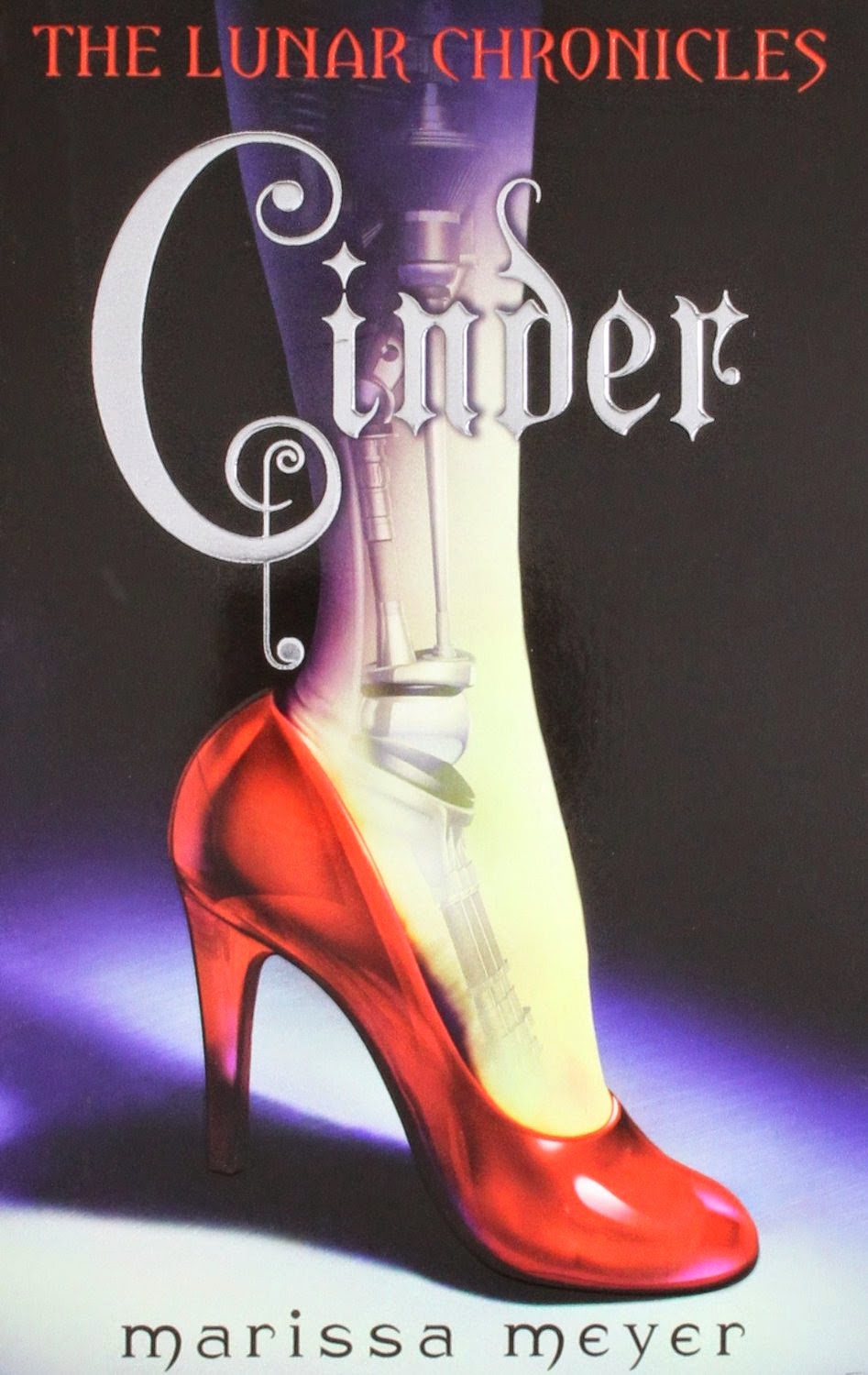 I don't often shout at my CD player when listening to books, but I did with Cinder.  As soon as the last line was read, I screamed, "WHAT?!?  That's how you're going to end???"  Talk about a cliffhanger!  The book is actually a super cool scifi book for teens.  A teenage cyborg girl, with no memory of her life before she became a cyborg, works as a mechanic.  She has to earn the money to satisfy her stepmother (who is mean, but definitely has an evil streak) and two stepsisters.  One stepsister is her only human friend, while the other is nearly as cruel as her mother.  Cinder, cyber mechanic extraordinaire, meets the handsome Prince Charming...I mean, Prince Kai, when he shows up at her booth asking her to repair his android.  A series of catastrophic events lands Cinder as a test subject for the plague that is ravaging her world.  This is when things really start to get out of hand.  This is a little bit adventure, a bit of mystery, a touch of romance and a lot of futuristic cool.  I highly recommend this title, but be prepared to experience the I-must-have-the-next-one feeling when it's over!

This was an audiobook version read by Rebecca Soler.
Posted by Wildhag at 8:05 AM No comments:

The Job by Janet Evanovich and Lee Goldberg, 304 pages 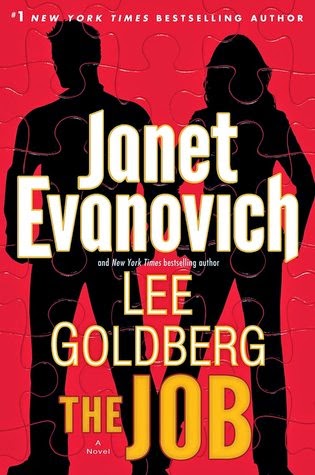 "The Job" is book 3 in the Fox and O'Hare series by Janet Evanovich and Lee Goldberg.

Nick now works for the FBI, though very few people know that.  He helps take down bad guys through elaborate, crazy, hilarious cons with the help of a zany crew that includes Kate's bored, retired, elite military dad.

The books have laugh out loud humor and fun, if implausible adventures.  But who cares?  Just relax and enjoy it.
Posted by Mary Beth at 1:40 PM No comments:

Z: A Novel of Zelda Fitzgerald by Therese Anne Fowler

"Zelda" is a selection this year for the library's book clubs.  We were interested to read it because we read "The Paris Wife" a fictionalized account of Hadley Richardson, Ernest Hemingway's first wife.

Zelda Fitzgerald was Mrs. F. Scott Fitzgerald, who famously wrote "The Great Gatsby" among many other things.  All I knew about Zelda prior to reading this book is that she died in an asylum. 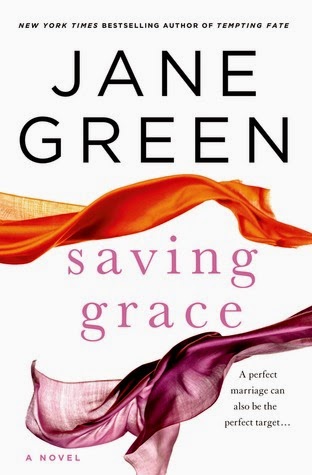 Grace and Ted Chapman are quite the power couple, to the outside world. He is a successful author and she is his stylish wife, perfect in every way.  Their house has been featured in magazines and her personal style is often copied and envied.  Grace is also a fabulous cook and often shares her talents with those in need.  But the whole facade is built on a house of cards.  Enter the new personal assistant, Betsy.  When Betsy is hired, she is dowdy and plain but super-efficient.  Slowly she transforms, losing weight and coping Grace's style.  Then she sets about ruining Grace.


This book is really a psychological thriller and heads up to all you cooks out there, it is full of yummy recipes!
Posted by Unknown at 11:20 AM 1 comment:

It's been a good two weeks since I finished "Allegiant" book 3 in the dystopian young adult trilogy by Veronica Roth.

If I was a thirteen year-old I would have been wonderfully devastated by the book.  As a nearly 50 year-old I thought, hmm, let me think about this for a while.

And really, what more could you ask of a story?
Posted by Mary Beth at 4:20 PM No comments:

"Insurgent" is book 2 of the wildly popular young-adult "Divergent" trilogy that takes place in a post-apocalyptic Chicago.

This books picks up immediately where book one, "Divergent" leaves off.  I enjoyed the book and the series but because I was lucky enough to listen to all three in sequence, one after the other, as soon as I finished this one I started number three and it got lost in the overall story.

My recommendation is listen or read these books one after the other, in the right order to truly enjoy the ride and the story.
Posted by Mary Beth at 4:10 PM No comments: 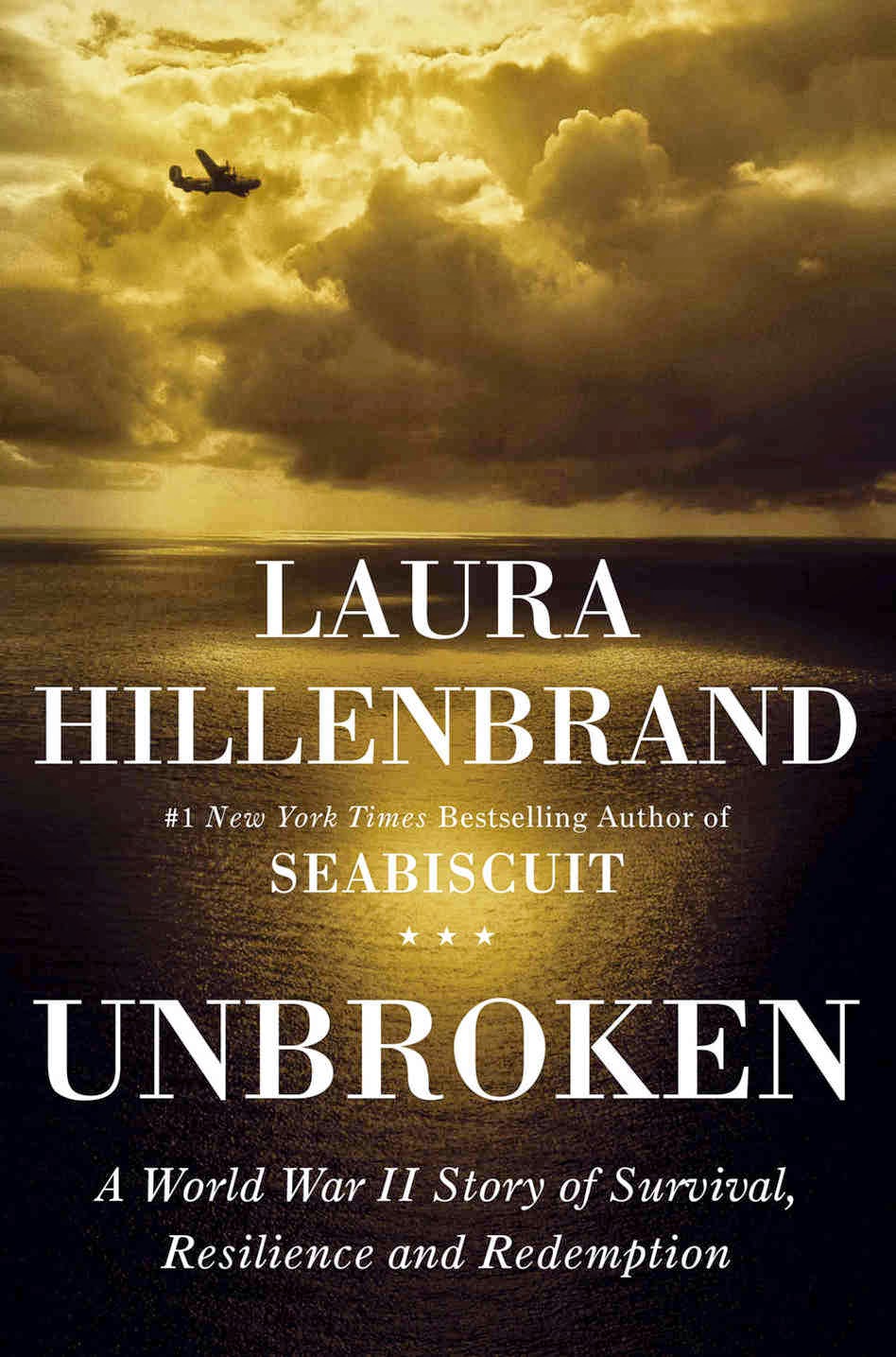 Caution, some may find this book difficult to read.  I know I did. Louis Zamperini was a young scamp growing up.  Part of a close Italian family, he would terrorize the neighborhood, stealing pies off of window sills, brawling, and running away.  He adored his older brother Pete, who introduced him to the sport of track.  Louie was a natural.  He broke all kinds of records and was on his way to the Olympics when he was called to war.  Pete joined the Marines and Louie joined the Army.  He was a bombardier.  One day, while on a rescue mission, his plane crashed.  Louie, the pilot and close friend, Phil, and one other crewman were the only survivors.  The lay adrift on the ocean, suffering from sun exposure, starvation and lack of drinking water.  The sharks circled constantly.  The 3rd crewman succumbed.  But Louie and Phil survived for 47 days, until they reached an island and were captured by the Japanese.  How any of those POW's survived is as miracle.  This is a tale of cruelty at its highest level.  These men were beaten, starved, stripped of all dignity, and broken in mind and body.  For over 2 1/2 years Louie survived.  Once home, he became an alcoholic.  He was tormented by nightmares.  Finally, he found the strength to forgive.  This is truly an inspiring story.  I highly recommend this book.
Posted by Unknown at 2:34 PM No comments:

Free to Fall, a YA novel by Lauren Miller 469 pages 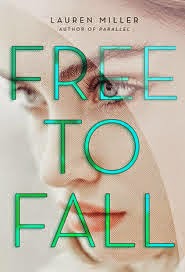 This was a great thought provoking book.  The year is 2032 and everyone is controlled by their handheld devices.  It stores all their likes and dislikes, tracks everywhere you go and everything you do so that you do not have to make any decisions for yourself.  You just ask "Lux", the decision making app.  Those who listen to their inner voices, "their gut" are outsiders, shunned, psychotic.
Rory is a junior in high school just accepted to the prestigious Theden Academy.  If she graduates, her successful future is guaranteed.  But the more familiar Rory becomes with the people at Theden, the more questions she has and the more her inner voice speaks to her.  All is not as it seems.  In addition, she seems to fall hard for North, a handsome tattooed barista form the local town.  He is banned from Theden for breaking and entering.  Rory is drawn to his intelligence. Little does she know of the secrets he keeps.
I really liked this book and found all the reference to people walking around, looking down at their devices very timely..
Posted by Unknown at 8:44 AM No comments:

Email ThisBlogThis!Share to TwitterShare to FacebookShare to Pinterest
Labels: Kathy, YA 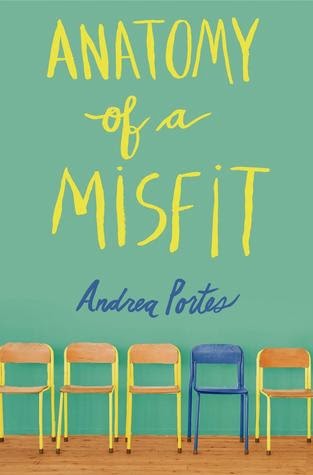 Anika considers herself a half-breed.  She live in Lincoln NE with her mother and her step-father she refers to as the Ogre.  Her father is from Romania.  She is the third most popular girl in school, a fact she attributes to hanging out with mean-girl Becky.  Becky rules the roost and her favorite past-time is starting vicious rumors and destroying people's lives.  Anika is so terrified of becoming a victim, she follows along.  Then, former nerd, Logan, shows up for school cool.  He drives a moped, got a haircut, and sports a leather jacket.  He starts giving Anika a ride home from school, but their budding relationship comes to a halt when Anika sees a dark side of Logan she cannot erase from her mind.


This book is all about making choices and I rather enjoyed it, except for the unnecessary profanity, right up to the end, which was really lame. Too bad the author could not have thought of a better way to wrap things up.  Can't wait to see what the teens think of this book.
Posted by Unknown at 9:39 AM No comments:

American Sniper: The Autobiography of the Most Lethal Sniper in U.S. Military History by Navy Seal Chris Kyle 379 pages 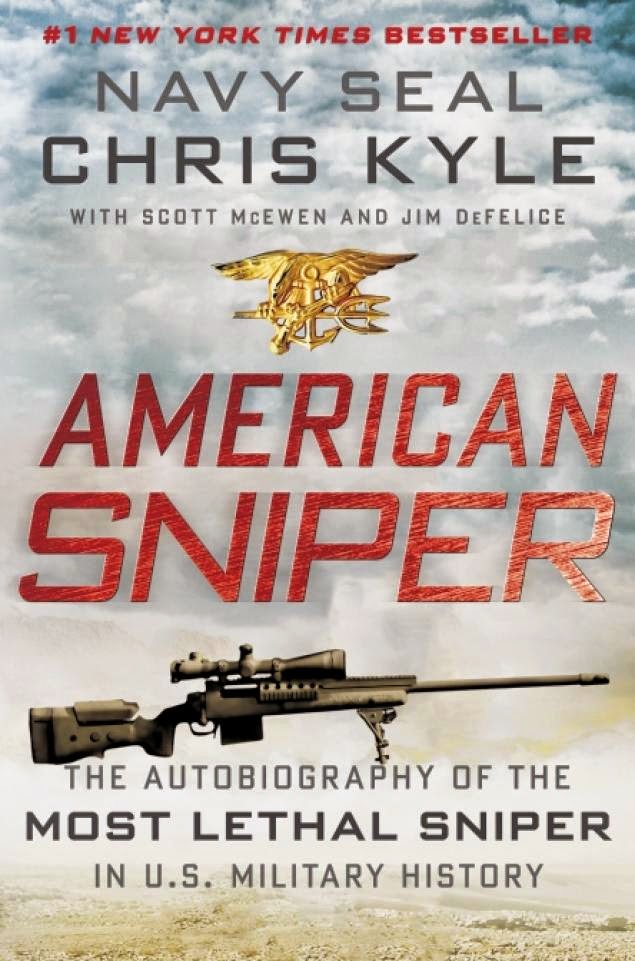 I do not typically read this type of book.  I have to admit I became interested after seeing the trailer for the movie.  I was surprised this book held my interest.  Admittedly, the author does go into quite a bit of detail about the weaponry, and I may have just skimmed a few pages, but all in all, in was an interesting read.  Chris Kyle loves God, Country and Family in that order, so it was also enlightening to read the inserts written by his wife.  War changes people.  Chris Kyle had a specific talent and was given a job to do.  A job he was very good at and enjoyed very much.  He killed a lot of insurgents and saved a lot of American lives in the process.  He is very proud of what he did and has a clear conscience.  Granted, it took a toll.  He lost friends to war and almost lost his marriage.  But, this is Chris's tale to tell.  You can read and decide for yourself if the warriors are good or evil, but one thing is for sure: War is evil.
Posted by Unknown at 12:17 PM No comments: