Flannery Fields' favorite teacher doesn't show up for school one day. Miss Sweeney left behind her purse containing Flannery's favorite book, Wuthering Heights. When Flannery flips through the book and starts to read she realizes it isn't the text of the book but Miss Sweeney's real-time diary showing her that Miss Sweeney is in Manhattan. The normally good girl Flannery skips school to track Miss Sweeney down. Which isn't an easy task. Along the way she meets a boy that Heath who seems eerily familiar. Will she let a handsome stranger distract her from her mission of finding her teacher? 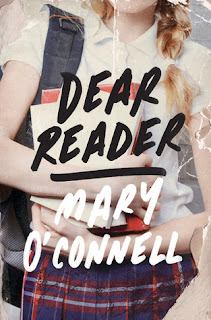 This book is perfect for teens and adults. I think it would pair greatly with the classic that it is based on. It's almost reminiscent of Gilmore Girls...with a hint of Mean Girls. It covers important topics that do need discussed so it'd be great for a mother daughter read.
A friend that hadn't read Wuthering Heights read it and she admitted some of stuff confused her because she wasn't familiar with Wuthering Heights so I highly recommend pairing it with Wuthering Heights if you haven't read it (or at least watch a movie version. There's a version starring Tom Hardy. *swoon*).

The Past by Tessa Hadley, 362 pages

This is a book club book for the library.  Some of the book club members didn't like it.  Not much happens.  It's about four adult siblings, three sisters and one brother, who spend three weeks at their grandparents house in the English countryside.  The group has to decide if they are going to keep the house or sell it.

I liked the family dynamics and one dramatic part in the book, okay really, one line saved the whole thing for me.

So, if someone is looking for a mostly calm, well written book with not a whole lot of action then this just might be the book for you.
Posted by Mary Beth at 8:22 AM No comments:

Lincoln in the Bardo by George Saunders, 343 pages

I listened to this book that was read by lots of people and many whom I recognized from Hollywood or other books I've listened to.  The story tells the tale of tale of the night after Willie Lincoln's burial in the Georgetown cemetery.

Not surprisingly, Willie and his father, President Abraham Lincoln, are both struggling with Willie's death.  It was an interesting book.  And while I didn't love it I am glad I read it.
Posted by Mary Beth at 1:07 PM No comments:

It starts in two interrogation rooms at the Hackensack Police Department... 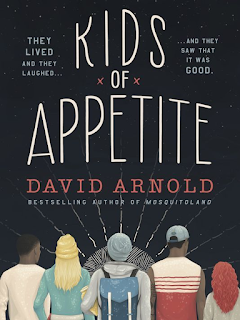 In one room sits Vic (short for Victor).Two years ago, Vic's father died of cancer. Two years later, Vic is still missing him so much it hurts. So on a fateful evening in early December, when Vic storms out of his house, he takes his father's urn with him. In doing so, he sets in motion a quest that will lead him to closure, friends, the girl of his dreams, and a murder.

In the other sits Mad (short for Madeline). Her uncle has just been murdered.

As Vic and Mad tell their stories (or avoid telling their stories), they unpack the events of the past eight days. In sentences that read like poetry, author David Arnold shows us all the ways Vic and Mad overlap. If Vic and Mad were a Venn diagram, their overlap would be the truth. And it's the truth that protects the innocent.

The writing is spectacular. Arnold's sentences read like poems, and there is plenty of deep stuff that will leave you contemplating your place in the universe, and the universe itself. There are some places where the plot doesn't quite work, but all in all, the writing helps you suspend your disbelief. I highly recommend this book.
Posted by Katey Girard at 8:38 AM No comments: