A Tale Dark and Grimm by Adam Gidwitz 256 pages 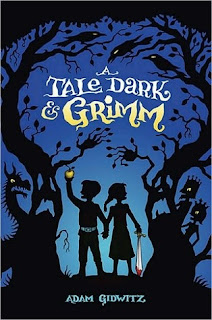 I love a good twist on a fairy tale and this one definitely panned out.  The author warns that it is not a tale for the faint of heart, that the only story most of us know about Hansel and Gretel is the smallest portion of their tale and possibly the most tame.  We get to meet their parents and learn of the terrible beginnings that would set their whole story in motion.  This story has child eaters, dragons, beheadings, souls being plucked from young women, a trip to Hell and more.  It was a very enjoyable story and I'm glad I decided to give it a try.  It was gruesome, but I would still recommend it to kids 3rd grade and up who like a little meat and gore to their adventure stories.
Posted by Wildhag at 2:39 PM No comments:

Sebastian Rudd is a hotshot and cocky rogue lawyer.  Why rogue?  He doesn't have an office - he has a bodyguard/driver/paralegal and a souped up van that serves as his office.  He often defends people no one else want to defend because they are guilty.  He also defends people he feels have been unjustly treated by the criminal justice system.
If you are guilty, you should expect to pay Rudd big bucks, if you have been railroaded, Rudd just might defend you for free.  Sebastian doesn't have much of a personal life, but he has a 7 year-old son that his ex-wife barely allows him to see.  He is also involved in the local cage-fighting scene, where he is a financial backer of an up and coming fighter.  Life is complicated.
The book starts out feeling like it will be a collection of short stories, but after the first story and part, the rest of the book's stories are related and  flow.  This is not John Grisham's finest,but it was still enjoyable and kept my interest throughout the story.  The book ended in a way that left the door wide open for us to hear more from Sebastian Rudd.
Posted by Mary Beth at 6:30 AM No comments: 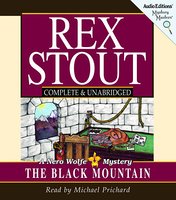 This was a most unusual Nero Wolfe mystery.  The murder of Wolfe's longtime friend and owner of his favorite restaurant, Marco Vukcic, gets Wolfe moving.  He doesn't just leave his house, he leaves the country.  Archie is taken along and their roles are nearly reversed.  They travel to Italy and Yugoslavia, Wolfe being totally fluent in eight languages is fine.  Archie simply listens to the noises being made around him, with the agreement that Wolfe will tell him verbatim what was said later.  Archie has to pretend to be Wolfe's son and they have some pretty tenuous interactions with locals.  It's a very dangerous game to play and there's no guarantee they'll come home as winners...or even come home alive.  This was a very interesting and enjoyable story read by Michael Prichard.
Posted by Wildhag at 11:45 AM No comments: 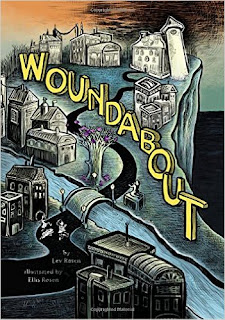 Connor and Cordelia have just lost both their parents in a terrible accident.  They lived on a capybara training ranch with their Dad and Pop, but one of the bombs being used to train the capybaras was faulty and killed everyone except Connor and Cordelia (young twins) and Kip, the runt of the litter of capybaras.  They are shipped off to live with their Aunt Marigold, who they've never met in person, in the strangest town on earth...Woundabout.  The town rests upon a steep, winding cliff where the winds are so strong, you fear you'll be blown off the cliff completely.  Connor and Cordelia keep seeing mysterious holes in parts of the city, they aren't large, and look vaguely mechanical.  The mayor gives them a less-than-friendly greeting, and informs them that not only are they banned from asking questions, they can expect to be shipped away to school after summer break.  There are no other children in the town, except a boy who doesn't live there, but whose family lives just outside of town.  When the children hear about a mysterious "thing" that has gone missing, they embark on an adventure that could change everything...but for better or worse?  Change is a very relevant theme throughout the story.  This was a great book.  It had a little mystery, a bit of light fantasy, some adventure and a lot of heart.  Highly recommended for children 3rd to 5th grade.
Posted by Wildhag at 11:37 AM No comments: 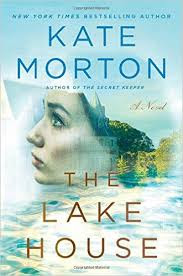 Wow, this is a great book!  Full of secrets, mystery, love, hate and the sacrifices mothers will make for their children.
The story takes place in England and the tale switches back and forth from 1933 to 2003.  Eleanor and Anthony Edevane are deeply in love and deeply devoted to each other.  They live on an idyllic estate in Cornwall with their 3 daughters and 11 month old son, Theo.  On the night of their annual grand summer party, Theo disappears.  Seventy years later, Detective Constable Sadie Sparrow is on forced leave from her position in London when she stumbles upon the abandoned Edevane mansion.  Her natural curiosity is piqued when she hears of the cold case.  But how much will her intervention cost her?  DC Sparrow has her own secrets, her own set of demons.


This book takes a lot of twists and turns.  It is filled with eccentric, interesting and romantic characters.  A great read and a satisfying ending!
Posted by Unknown at 7:45 AM No comments:

"Beat the Reaper" is a profanity laden and hilarious adventure about medical resident Dr. Peter Brown who also happens to be a former hit man for the mob.  His real name is Pietro Brnwna aka "Bearclaw" and he is in the Federal Witness Protection Program.

He is a resident at a crappy hospital and walks into the room of a terminally ill mobster and they, of course, recognize each other.  Oops.

This is a book club book and I am expecting to be chastised for making the book club read a book that mentions the "f" word in about every other sentence.  However, I'll just blame Shirley for picking this one.

Author Josh Bazell has a BA in writing from Brown University and an MD from Columbia.   What a wicked and lovely combination.  And after reading this, I am going to do my best to stay OUT of the hospital.

Double Cross: The True Story of the D-Day Spies by Ben Macintyre, 399 pages 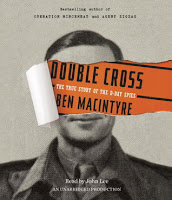 Everything I've read (or listened to) by Ben Macintyre have been very readable non-fiction books about British spies or World War II.

I don't know if the subject is just intriguing to me, or if he just knows how to tell a great story, but he always makes history come alive in his accounts.

In "Double Cross" he tells the story of the spies, and their spy masters, who double crossed Germany and helped the Allies make the Normandy landings on D-Day a success.  What a time and what a story!
Posted by Mary Beth at 7:13 AM No comments:

Murder by the Book by Rex Stout 246 pages 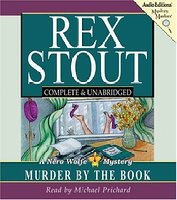 This was a very good Nero Wolfe mysteries, I think it's one of my favorites and that's saying something!  It opens with Inspector Cramer coming to Wolfe for help on a body that was dragged out of the river.  They know it's murder, but they can't even begin to start on it.  The only real clue is a list of names found inside a book in the dead man's residence.  Unfortunately, the names apparently do not belong to any real person.  Wolfe confesses that he doubts he can be of any help at all.  Then a man comes from Illinois to hire Wolfe to find out who killed his daughter.  She was living and working in New York for a publishing house.  The man shows Wolfe the last letter his daughter ever wrote to him and Wolfe recognizes a name in it.  This sets Wolfe and Archie on a trail that gets tougher and deadlier.  It is well worth the ride on this one!  I listened to this one read by Michael Prichard, who did a wonderful job as always.
Posted by Wildhag at 3:47 PM No comments:

This is not the sort of book I would normally read but it was a book club selection so I started early in case I had to force myself. What a wonderful surprise to discover that not only did I want to keep reading but I that I was enjoying myself immensely.

After a night of Vodka and Austen, Courtney—a present day, modern woman—wakes up in Regency England in the body of another woman where she has to pretend, at the risk of being sent to an asylum, that she is Jane Mansfield and not Courtney. And if that isn’t bad enough she has to contend with an angry, bitter mother who wants to marry her off, a fall off her horse that requires bloodletting as the cure, and a world where bathrooms, let alone toilets have yet to be invented.
This is a funny, inventive, and highly entertaining read. But a note of caution. You should probably read this one without expectations and with the knowledge that not all your questions will be met with answers. But not to worry. I heard just recently that a sequel exists that could tie up the loose ends.
Posted by Unknown at 2:31 PM No comments: