On the Come Up by Angie Thomas, 452 Pages 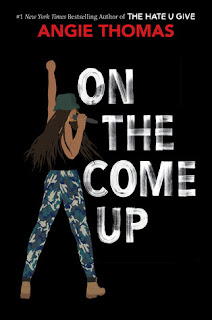 I was very nervous to read this book because I had such high standards for it. Angie Thomas's first book, The Hate U Give, was a life-changing book for me. Not only was the book phenomenally written, but the story itself is so important. It is one of the few books where I fell in love with the characters, and my heart broke a little bit when I had to let them go. I'm happy to say that On the Come Up lived up to every expectation I had! This is another story that is so well written, and another set of characters that you can't help but feel attached to. Angie Thomas has quickly became one of my favorite authors, and I will read anything and everything that she puts out there.

Bri knows one thing: She wants to be one of the greatest rappers of all-time. Following in her now-dead father's footsteps, Bri starts attending rap battles. Just as she begins to win the battles, and things look like they might start looking up, her mom loses her job and they're on the verge of being evicted. Bri knows that the one thing that would get her and her family out of this situation and out of her neighborhood is making it big. The only problem is, is that the one person who can help her do it expects her to rap about things that aren't an actual part of her personal life- guns, drugs and gangs. She battles an inner-turmoil of doing what she knows will get her top, or staying true to herself.
Posted by Kelsey Weber at 4:12 PM No comments: 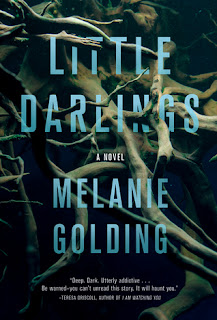 This. Book. Is. So. Creepy!!  I finished this in one night, because I couldn't put it down. Not only is this book entirely creepy, it also hits on every parent's worst nightmares. I can't get over how scary this book is, and have already been recommending it to everyone I know. Little Darlings is set to be published in April 2019.

Lauren just gave birth to twin boys, and is exhausted. But, when she hears a woman in the next room over, seemingly singing to her twins, she's excited to find someone who can relate to her current status. The next morning, she asks the nurse about the woman from the other room, and is met with a puzzled look, the room has been empty since Lauren arrived. The next night, Lauren hears the same noises, and lets herself into the room. She finds a strange woman singing to herself, and when she meets her eyes, she instantly knows something is not right. The woman begins talking about exchanging the twins, which results in Lauren locking herself in the hospital bathroom, taking refuge with her twins. When the police arrive, the hospital is searched and no one is found, resulting in Lauren being placed on a psychiatric hold. She knows what she saw, but no one will listen to her. Everyone around her keeps talking about how tired she is. A few weeks later, Lauren is home with the boys, and the paranoia hasn't wavered. Leaving the house to get some fresh air, Lauren's worst nightmares come true, and the boys are kidnapped. Thankfully, they're found shortly after, and everyone is elated except Lauren, who knows that the twins look like her boys, but they are anything but.
Posted by Kelsey Weber at 3:48 PM No comments: 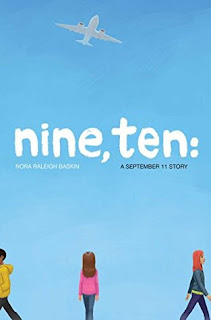 I've been substituting at a local elementary school library, and this was a book that I brought in to read aloud to the older students. Nine, Ten is a Mark Twain Award nominee for 2018-2019, and after reading it, I can definitely understand why. Every book I've read in regards to September 11 is about the events that took place that day, and the devastation that followed. This book is different, as it begins two days before the attack, and follows four kids in different parts of the country. The kids don't know each other at all, but each one's life is going to be affected in the coming days. Nine, Ten is a great representation of the different people we have in our country, and how important it is not to judge a book by it's cover.
Posted by Kelsey Weber at 3:38 PM No comments: 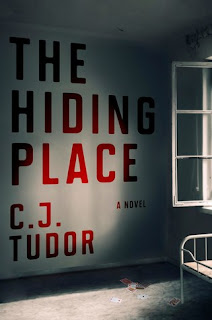 I am a sucker for anything horror related, so I was really pleased to read this book and be genuinely scared while reading it. I was having nightmares and had to put it down for a few days to give myself a mental break. I really liked this book, and recommend it to any who loves horror/psychological thrillers.
Posted by Kelsey Weber at 3:28 PM No comments: 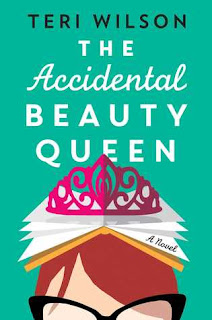 I love this author. A few of her books have been turned into Hallmark movies. I have to admit I hesitated on reading this book. Beauty pageants aren't my thing. The main character is an elementary school librarian so my interest in this book didn't quite go away. I figured I'd wait for the library to get their copy in and then give it a try and then if it really wasn't my cup of tea I'd just turn the book back in unfinished...no harm, no foul. Then a book subscription box that I'm a fan of posted a one time box they were doing for Valentine's Day. It was a rom com box. Turns out this was the book. So yet another sign I should read this book. I started reading the book on a Friday night and didn't get out of my chair until I had finished it. Obviously I could not put this book down. There are a lot of Harry Potter and Jane Austen references. Two literary loves of my life. I had to stop and take a picture close to the beginning of the book because the main character was wearing a Harry Potter shirt and so I was. 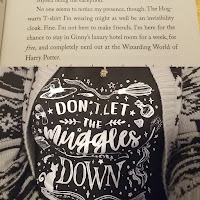 I messaged most of my friends and told them they have to read this book. Mind you if you're not into Harry Potter and/or Jane Austen you might roll your eyes at the references or miss them entirely. This book spoke to my nerdy soul. I was sad when I got to the end. I almost wish I hadn't read it so fast. I can't wait for my friends (and some library patrons) to read this book so we can discuss it.
Posted by Jenny E. at 8:49 AM No comments:

How She Died, How I Lived by Mary Crockett, 417 pages 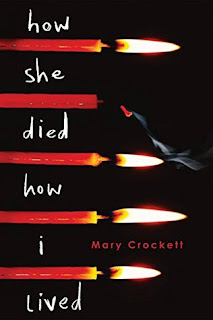 This book was a great read that made me question my beliefs in a wide-range of things. This book tackles a lot of intense topics, including survivors guilt, rape, murder and forgiveness on top of all of that. This book lacked the depth that I thought it would have, but I thought that it really addressed those tough topics well.
Posted by Kelsey Weber at 10:27 AM No comments:

Email ThisBlogThis!Share to TwitterShare to FacebookShare to Pinterest
Labels: Kelsey, YA, young adult 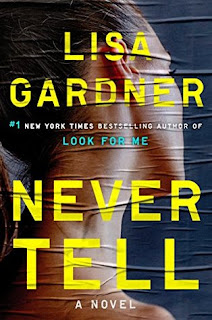 I received this e-book as an advanced copy from NetGalley. It sounded like something I would love to read, but I got about half-way through and realized that this was the tenth book in a series. Fortunately, this isn't a book that you necessarily have to read in chronological order, but now that I've finished this one I plan on reading the rest of the series! My only complaint about this book was that some of it seemed extremely unrealistic, but it was suspenseful and kept my interest for the most part!
Posted by Kelsey Weber at 9:52 AM No comments:

I'll Be There for You: The One About Friends by Kelsey Miller. 305 pages 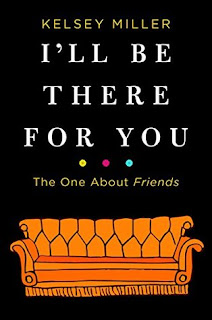 Friends is one of my favorite television shows of all-time, so I had to read this one as soon as it came out. This book dives into the phenomenon that was Friends, and also gives a neat behind-the-scenes look at the show, including details of the casting process. It also points out the trends that the show inspired, and some of the most hilarious, iconic scenes from the series. I enjoyed this read and recommend it for any Friends lover!
Posted by Kelsey Weber at 9:28 AM No comments: