There’s no way to tell what The Winter People is about just by reading the blurb on the jacket. It’s just as well because I might not have read it otherwise. And even though I got an inkling of where it was headed early on, it didn’t matter because by then I was hooked. The Winter People moves back and forth between 1908 and the present moment.

Sara Harrison Shea kept a diary in which she recorded the events of her life including a monumental loss she suffered in 1908 and the decisions she made because of it. Decisions that reverberated through the years and touched or altered countless lives some in horrific fashion.

In the present moment Ruthie wakes up one morning to discover that her mother has disappeared without a trace. While searching for clues she uncovers a gun, wallets belonging to people she has never met and Sara's diary. During that same time period, Katherine loses her young son to leukemia and then several months later her husband to a car accident. While trying to come to terms with her losses she finds some missing diary pages and a map in his belongings, items that will eventually lead back to Sara. Eventually these three stories intersect in a way that has lasting consequences on all three.

I was enthralled and on the edge of my seat throughout the whole book. What an excellent read!

The Weight of Blood by Laura McHugh 302 pages

The Weight of Blood is set in the fictitious town of Henbane, Missouri deep in the Ozark Mountains. When Lucy Dane was a baby her mother disappeared and was never seen or heard from again. Twenty years later Lucy’s friend Cheri also disappears but then her body is discovered in a tree. Lucy, seeing several similarities between the two crimes decides to investigate. With the help of her friend Daniel, Lucy will uncover long buried secrets most especially within her own family.
There were several reasons besides the actual story why I really liked this book. Sometimes I like knowing right off the bat who the bad guy is. And while the author didn’t come right out and tell us who done it, she did nothing to misdirect our thoughts. Plus I would have had a hard time believing that a 17 year old still in school, having lived all her life in a small town, and having had very little life experience would know how to crack a 20 year old cold case .Fortunately she didn’t have to. All it took were a few bumbling attempts at detection to bring to light the town’s secrets, secrets that everyone knew about but chose not to talk about. And most mysteries end with the protagonist in a fight for his or her life just before they get the bad guy. The Weight of Blood was resolved with barely a whimper and I might add in a very satisfying way.

The Weight of Blood is well written, the subject matter is intense and sometimes not easy to deal with and the characters are real enough to relate to. Really good read!

The House on the Cliff by Charlotte Williams 338 pages

The House on the Cliff is a perfect example of the characters getting in the way of a good story. Jessica Mayhew is a practicing therapist with a cheating husband, a wayward teenage daughter, and with  a new  young client who is causing her to experience some very inappropriate thoughts. And if that’s not enough there’s also a spooky house on a cliff, a young woman who falls to her death, a famous, womanizing possible suspect, his son who experiences nightmares that put him in a depressive, perhaps suicidal state, and a long suffering wife and mother who has her own set of problems. Add to this mix, the therapist Maggie who spills info from her clients confidential sessions to both her husband and best friend, who involves herself in her clients business (the one she has inappropriate thoughts for) including flying off to Sweden on a whim to interview the victim’s mother—again over something that is none of her business, who allows her teenage daughter outrageous freedoms for no reason other than, well, who knows, and makes one sentence disclaimers like I probably shouldn’t have done that or perhaps my husband’s one night stand hit me worst that I thought as if that made all her ridiculous choices okay.

An excerpt from the book: This comes after the mother (sharp therapist) who followed her sixteen year old daughter after she told her she was going to a friend’s house but was seen with a man instead. A man who turned out to be a previous client who was fired from his job as a teacher for inappropriately touching a young female student.

Daughter: You can stop spying on me.
Mother: I’m not spying on you.
Daughter: Calm down. She spoke as if reassuring a lunatic. “Don’t call me again.”
Mother: OK. But whose house is it?
Daughter: It’s Emyr’s house. (Emyr being the previous client)
When the therapist asks her daughter when she will be back the daughter tells her she’ll keep her informed and then hangs up on her.
Really??????

Just out of curiosity. Do the people who contribute to the blurbs on the back of books actually read the books? Don’t think I’ll waste my time with the second in the series. When it comes out that is.
Posted by Unknown at 11:49 AM No comments:

Cinder: Book One of the Lunar Chronicles by Marissa Meyer 448 pages 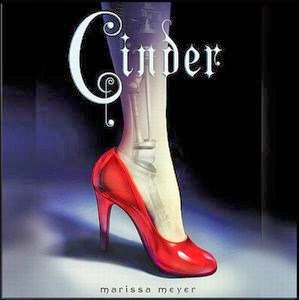 Everyone has heard the story of Cinderella. Marissa Meyer gives a new version of this tale with a twist, which takes place in a different time where humans and cyborgs co-exist.

Lin Cinder is a cyborg. Prince Kai is human. As Cinder learns more about herself and where she truly came from, Prince Kai must make decisions he is not ready for, following the death of his father, the Emperor. As feelings grow between Cinder and Prince Kai, both must decide what they truly want. For Cinder, she wants to run away from her stepmother and stepsister, but at the cost of the Prince’s life? For Prince Kai, he is given the option of marrying the Lunar Queen or having his people suffer from a terrible disease, the cure of which is owned solely by the Lunars.

Thankfully, this is the first book in the Lunar Chronicles because the ending was left as a cliffhanger making me want to read on.
Posted by Unknown at 8:33 AM No comments:

DS Logan McRae of the Grampian Police Force, Aberdeen is sent in to investigate when a mother and daughter singing team is kidnapped. The public is asked to pay the ransom which they seem willing to do and it becomes a race against the clock as the police try to meet the media’s and the kidnapper’s demands. To add to the tension, there’s an alternate story line of a bumbled drug bust where the dealer gets away and his wife cries rape and names Logan as the culprit resulting in a mandatory visit to the Professional Standards board.

As much as I love this series and the interaction between the characters, the laugh out loud humor that’s prevalent in every book despite the fact that the Grampian Police are often outmanned and out gunned by the criminal element, I was almost ready to lay it down. Because I’ve noticed a what’s-the-use kind of thread running through the later volumes and  more brutal story lines that make me want to beg MacBride to give Logan a break, some sleep, and his moment in the sun.

Shatter the Bones is the seventh book in the series. I would highly recommend starting from the beginning with Cold Granite.

Watching You by Michael Robotham 421 pages 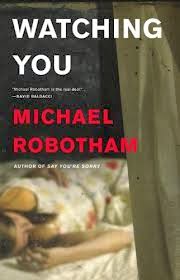 Marnie Logan’s husband Daniel disappeared without a trace 13 months ago. She cannot access his accounts or life insurance because she cannot produce a death certificate. The police have no leads. She is about to be evicted, her young son needs specialized medical help and Daniel has left thousands in gambling debts that she is required to pay or else. At her wits end, she enlists the help of psychologist Joe O’Loughlin. With the help of his friend retired detective Vincent Ruiz they begin to investigate and find that people (more than they can count) who have hurt or disappointed Marnie over the years have died, been hurt or made to pay a horrible price.
Watching You is the 7th book in the Joe O’Loughlin series. His desperate need to get back to the family he is separated from, his ongoing battle with Parkinson’s disease, and his relationship with his dearest friend Vincent all serve to make him one of fictions most cherished characters. I have yet to read a Michael Robotham book that I have not finished in one sitting or that I haven’t enjoyed immensely. I would recommend that those new to Michael start with the first book Suspect and I have no doubt you’ll see exactly what I mean.

Posted by Unknown at 5:46 AM No comments:

This book takes place in the near future. America is at war, deeply in debt to China, the National Guard is on every corner and people are rioting in Central Park. Privacy doesn’t exist. Everyone carries an äppärät, a smart phone like device that streams personal info to anyone who wants to know, rates your health, sex appeal—even your performance as a lover—credit rating and so on. All you have to do is point it at someone. Youth is worshipped, everyone is obsessed with death. Enter 39 year old Lenny, out of shape, balding and unattractive who after a semi one night stand—a lot of alcohol was involved—falls madly and instantly in love with 24 year old Eunice. Both are born of immigrant families, both have serious family issues and suffer from a lack of self-esteem. Lenny convinces her to move in with him.

This was a must read because it was a book club selection. Only one member showed up and I have no doubt it was because of the book choice (minus the four members who are out of town). And that’s too bad. Because after several starts and put downs, I eventually got to the place where I read it in one sitting. And it is sad. But more than that it’s scary. Because the scenario presented doesn’t feel impossible. Indeed it feels like we’re on our way already.

Would I recommend this book? Absolutely. Even though only one member attended we had a rousing hour long discussion. And like me she also picked up then put down the book several times before she eventually read it.
Posted by Unknown at 4:56 AM No comments: 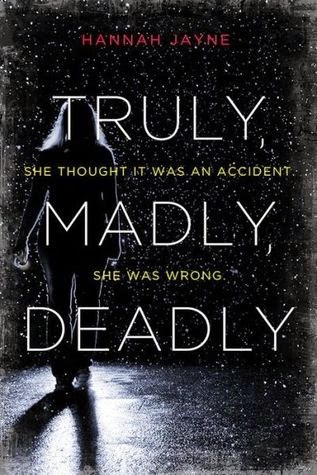 When Sawyer’s abusive boyfriend dies in a drunk driving accident, everyone believes that is what it is, an accident. Then why does Sawyer receive a note in her locker saying “You’re Welcome”. Almost as if someone was taking credit for his death. People start dying off, those who have wronged or hurt Sawyer. She must figure out who is behind the killings, before she becomes the next victim.

I was taken down many twists and turns, with the outcome very much unexpected.
Posted by Unknown at 4:35 PM No comments: